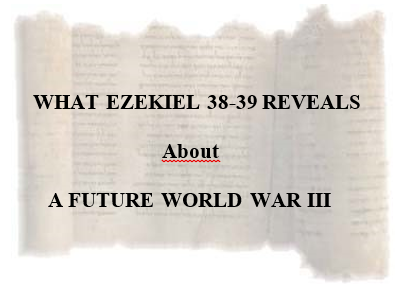 The “latter day” prophecy found in Ezekiel 38-39 has long been seen by many Christians as a key prophecy describing events which will occur among the nations in the time preceding the Millennium (or Messianic Age). This is a lengthy and very “meaty” prophecy which needs a thorough examination in order to be understood and appreciated. This research paper has been prompted by the fact that so much is happening in world events which is directly setting the stage for the fulfillment of this prophecy in future world geopolitics. It is needful to warn as many people as possible about what will occur in the years ahead of us, because when it is fulfilled, it will shock all nations and it will drastically affect the lives of everyone on the planet. Ezekiel 3839 reveals, in advance, many details about a future World War III which will occur in the years ahead of us.

What is noteworthy about this prophecy is that it has God’s “guarantee” that he will personally intervene as needed to make sure it comes to pass exactly as prophesied. If you are interested in knowing the future, consider what Ezekiel 38-39 has to say. If you doubt that there is a Creator God who can influence or control world events, your doubts will also be addressed in this report. As a reassurance to all potential readers, this research paper will not “grind an ax” for or against any religious denomination and it will not ask you for money.

A common Christian view is that Ezekiel 38-39 is a pre-millennial prophecy about a Russian-led alliance which will attack the small Jewish-Israeli nation just prior to the second coming of Jesus Christ/Yahshua. A literal application of this prophecy shows this view is correct in terms of the time context of this attack and the fact that Russia will lead an alliance of nations to attack someone else. However, most Christians completely misunderstand which nations will be targeted by this attack due to a widespread misunderstanding of what is meant by the biblical/prophetic term “Israel.”

This report is intended to apply the prophecies of Ezekiel 38-39 toward many modern nations. When applied literally, this prophecy is strikingly accurate in predicting the current alliances and geopolitics of the modern world and it reveals future events yet to occur. As the reader will see, these future events can be seen as an inevitable, logical, result of what is now occurring in modern world events; however, few believe that the future will unfold as the Bible prophesies. This research paper will first examine Ezekiel 38-39 in its proper context within the book of Ezekiel, and then it will examine the Ezekiel 38-39 prophecy in depth. 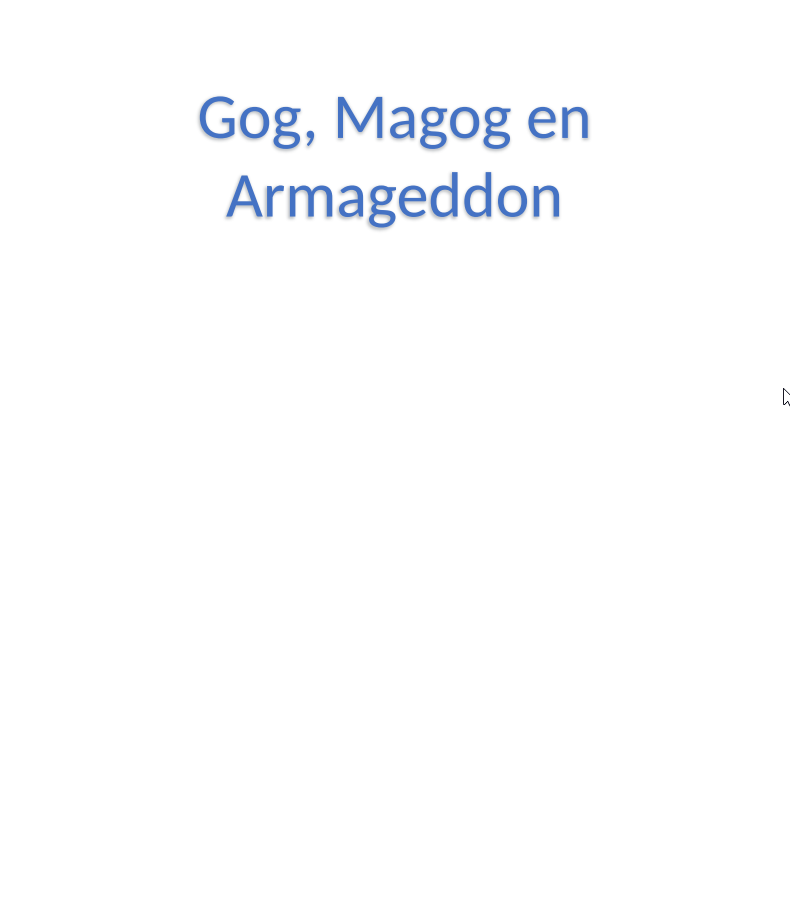 A Doubter’s Doubts about Science and Religion

The Bible and Modern Criticism

The Bible or the Church

Biography by his son

The Buddha of Christendom

Daniel in the Critics Den

The Gospel and Its Ministry

The Honour of His Name

The Lighter Side of My Official Life

The Lord from Heaven

Misunderstood Texts of the Bible

Sidelights on the Home Rule Movement

The Silence of God

Sin and Judgments to Come

Spirit Manifestations and The Gift of Tongues